In Steven Pinker’s recent piece in the Chronicle of Higher Education, “Why Academics Stink at Writing,” Pinker argues that academic writing suffers from a number maladies, including self-conscious stylistics, a “curse of knowledge,” and a lack of “incentives to write well.” I want to address each of Pinker’s points in detail. This first post will focus on the “self-conscious style” argument.

Pinker, drawing from Thomas and Turner’s style typology, asserts that academic writing is “self-conscious.” Academic writers, Pinker argues, are marked by a goal of “not so much communication as self-presentation—an overriding defensiveness against any impression that they may be slacker than their peers in hewing to the norms of the guild.” Pinker favors an alternative style, which Thomas & Turner call the “classic style.” In describing this style, Pinker says, though not explicitly, that the style has as its underlying ideology a correspondence theory of truth: a statement is true if it ‘corresponds’ to or matches something in reality. This theory of truth is not consistent with  many schools of thought in the humanities, such as Reader-Response theory, or the philosophical paradigms informing some social sciences, such as Social Constructivism or Critical theory. It’s not even consistent, as Pinker later notes, with post-positivism, which many physical and biological scientists espouse. But, according to Pinker, it doesn’t matter: classic style is clearer than the self-conscious, and that is why academic writing stinks.

Pinker then explains what features are problematic, how they contribute to self-consciousness, and why they are bad. I am going to concede Pinker’s general point that academic writing is used to index the writer to the academic community–just like any register or dialect does for its respective social group. The particular features of language that he describes as being “self-conscious,” however, may serve more than one purpose besides indexing membership within academe. Losing these linguistic features and replacing them with others would necessarily alter the kinds of meaning being created. The question this raises is: can we afford to lose those meanings and still report, explain, and argue in the same ways in academia? I don’t think so.  I want to address this issue by going point-by-point through Pinker’s list of problematic language features and explore how it functions to meet the needs of academic work–and those show how its loss might impact the kinds of work we can or cannot do with language.

I encourage readers to read this critique side-by-side with Pinker, as I do not hash out all of the nuances of his arguments or explain all of his terminology in full.

Pinker argues that metadiscourse serves the author mostly in helping them organize their thoughts; it rarely helps the reader. But as a reader, I have used metadiscourse in the following ways: to decide what passages further on in the text I can skip or read more carefully,  to orient myself to the structure of an argument if I am returning to the text after being away from it, and to gain a general understanding of the author’s framing of the issue. This is anecdotal evidence, to be sure. But I would suggest that other readers may also find metadiscourse useful for these and other reasons.

Pinker’s replacement for metadiscourse is to use questions and the general “we.” This feature has already been adopted in some documentaries, where a narrator will guide the audience using such metadiscourse features. However, the introduction of “we” does creates a form of direct address to the reader, which (right now) reads as more informal than the third person. Furthermore, it explicitly acknowledges persons on either side of the communicative event, which introduces the possibility of bias, emotion, and a whole host of issues that are avoided by the third person metadiscourse. Third person metadiscourse does not explicitly acknowledge any audience or author, and therefore implies objectivity. Of course, we could change the way we read the general “we” to be more objective–and its use in documentaries certainly indicates the possibility there. But right now, the third person is more objective than general “we”–and therefore aligns more closely to the ideals of much of academic writing.

Pinker argues that academic writers too often describe the act of research, especially in introductions to their articles, and he contends this is unnecessary most of the time. However, this phenomenon does more than just express narcissism; as John Swales argues, it serves to “establish the territory” of the article–to lay out what the article will talk about. By referencing who has been researching what, the academic writer also indicates who the primary audience for the text is–their peers. Pinker advocates abandoning this tactic unless the topic of the research is, in fact, research itself. He seems to suggest that the audience for the academic writer extends beyond their peers–and this is a point I’ll return to later in the next post. But, for me, this comes down to context. If Pinker wants laypeople to be able to read and understand academic journals, that seems like an admirable goal. But there’s more than style standing in the way–so I’ll look for his articles on open access soon.

Pinker argues that academic writers describe certain concepts as “difficult and complicated and controversial,” and that writers should just skip saying that and get on with what they are going to do about it. But explaining that something is complicated may be a way to set up reporting on the ways in which it is complicated. Or it may be justification for results that are problematic or appear to be insufficient. There’s plenty of reasons to use this strategy that enhance the meaning of the text.

Pinker argues that quotation marks should not be used to “distance themselves” from their own use of an idiom from a more informal style. In this way, the quotation marks seem to function a little bit like sic; the idiom is not conforming to the expected register, but the author is aware of it, just as misspellings from certain sources remain misspelled with the author’s knowledge and intention.  There are any number of functions for this choice, the most common being accuracy. Sometimes the academic register lacks a word  or phrase that the vernacular already has–and that’s fine. But using the vernacular in academic writing is marked, and the quotation marks help insulate the author from this markedness. I think I agree fundamentally with Pinker’s analysis, but I don’t see it as a problem. I see it as language change.

Pinker states: “Quotation marks have a number of legitimate uses… Squeamishness about one’s own choice of words is not among them.” It’s odd to see this level of prescriptivism coming from a renowned linguist. Print has codified conventions (e.g. MLA, APA, Chicago), and to be accepted into certain publications and discourses, you have to follow those conventions. I’m alright with all of that–it’s part of establishing orderly communication for a discourse community. I wish Pinker would have cited one of those organizations as an authority for determining what a “legitimate” use of quotation marks was. Because as it stands right now, his only authority is himself. And given his social status (a white, male, Ivy Leaguer), this seems to reinforce existing inequities. Of course, we’re still talking about quotation marks here. It’s small, but the small things add up.

Pinker argues that some writers hedge unnecessarily–that is, they hedge when, if they had assumed a reader would give them a charitable reading, they wouldn’t have hedged. But, as Schleppegrell has argued, the academic code uses these hedges to appear more “reasoned” and, by extension, be accurate in its assertions (which is similar to the explicitness in elaborated code described by Bernstein). The implicitness of language Pinker is relying on is not necessarily consistent with the academic ethos. We are trying to understand the world, and communicating our findings accurately, even if it takes a lot of hedging, is important to that mission. I doubt Pinker would dispute this, and he seems to describe the problematic phenomenon as a “tic.” If there are situations where the hedging of a writer achieves a “tic” level, then their research may be sketchy or not very generalizable or they may be being dishonest in their expression of certainty. Both are problematic–but excessive hedging is a symptom, but not the cause.

Pinker argues that the overuse of nominalizations leads to a lifeless prose. Borrowing from Helen Sword, he notes that these nominalizations become “zombie nouns” which “lumber across the scene without a conscious agent directing their motion.” And, as many functional linguists would argue, that’s the point. In academia, much of the work involves discovering how abstractions, generalizations, and ideas cause things to happen. In academia, ideas do stuff (I tell this to my FYC students every year). They have agency, even if they do not have consciousness. Furthermore, finding causal links between things, I think many would agree (including Pinker), is one of the most valuable parts of science: it allows the making of predictions and gives us the ability to change things (and also control things–a more problematic result of science). It is much more difficult and considerably more lengthy to express this causality without the resources of nominalizations and causal verbs.

Pinker interestingly moderates his argument here, admitting that the classic style is a “pretense”–mainly because most science isn’t positivistic anymore. Its models are either useful or approximate (depending on, again, your theory of truth), but they are never ABSOLUTELY POSITIVELY ACCURATE. That’s why Pinker acknowledges the function of hedging and its importance–its the linguistic realization of statistical significance. So the classic style, with its absolute accuracy (and yet timidness about hedging?), is a useful falsehood that Pinker contends leads to “clarity.”

These academic linguistic practices have evolved within the community in order to satisfy the meaning-making needs of the community. Pinker, as a member, absolutely has a right to police the language of the community (but if you’re a linguist, I’m sure you’ll appreciate the irony given that we all took an oath to descriptivism in Ling 101). But I think he neglects some of the functions beyond “self-consciousness” in some of the writing features he criticizes. And if we lose some of these features, the alternatives will necessarily change, to some extent, the kind of meaning we will make in academia–and that will influence how we think about and do our research.

In my next post, I plan to address the “curse of knowledge” and lack of “incentive to write well.” Stay tuned. 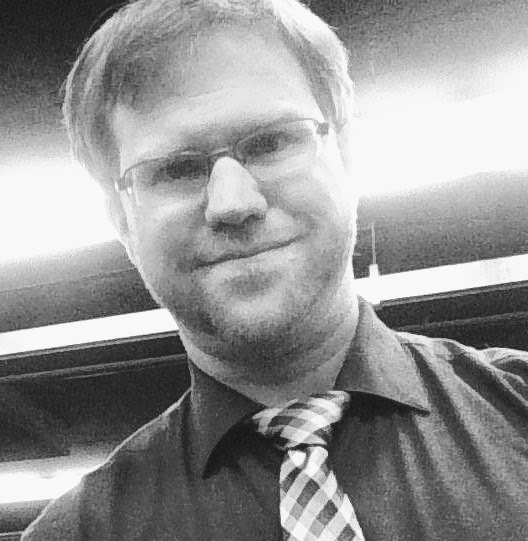